album guides
The Guide to The End
Georgia Pine

BRETT: The incentive for this one came from the title. I was watching the extra features from the mini-series "Band Of Brothers", in it at the very very end was an interview with one of the real life characters. He was telling a story of a break from the war when he and some friends got "high as a Georgia Pine". What a great image. From that image came images of people sitting in local Pubs, Taverns, Bars, whatever you want to call them. This song is their thoughts as they sit in the smoke, as they sit in the glow of fluorescent lights, and local TV, as they wash away the dirt of another day.

TOM: I think Georgia Pine is the perfect representation of the band both musically and lyrically. The music is intricate and deliberate. The lyrics could easily be referenced when picturing us all together on a given weekend. Drinks pouring and enough testosterone to power a Floyd concert. You could easily use this song as the soundtrack for a soccer riot.

BRETT: This was the first song we latched on to. It's a song about fear and the affects of it. It's about how it is used in the news, religion, politics and everyday life to manipulate our hearts and consciences. It's about how people justify and camouflage fear with "higher principals" and rhetoric. It's about how men use it to stop the beauty of knowledge.

TOM: Heavy Blue Miles is one our more genre defying little ditties. Several elements of jazz, singer songwriter, hard rock, funk. blues and ...........Norwegian wedding music come together within this here number. The horn players really added a decisive element to the direction. Lyrically, it makes me think of how easily led people can often be when faced with abstract ideas such as religion and politics. It's creepy for me to think that grown adults will often let elements such as these make their moral and practical decisions for them rather than following common sense.

BRETT: My second favorite song on the album. Ray really came up with some beautiful melodies. It just flows and flows and never wants to end...like the end of "The Air That I Breath" by the Hollies. Lots of cool sounds for the headphones! Great chorus. I think this chorus, the one from "The Cheese Stands Alone" and the chorus from "The End Is Beautiful" are some of our best. I played Baritone guitar on this one so the magic for me is the fact that I’m not really sure what I’m doing. I like being put in uncomfortable spots when writing. It feels more real...less thought about.

TOM: This tune, to me, is an epic of loneliness. I think of how desperate yet defeated the character in the song must feel. I always have the urge to buy Ray a puppy when I listen to it. The instrumental backdrop really completes the picture. I automatically envision a rainy day in Center City Philadelphia with jazz musicians strategically placed in the back alleys.

BRETT: Another Baritone Guitar song for me. This one happened very fast to my recollection. The chorus's are very echolyn. Who else would use Major Sevenths in a heavy rock Tune!? The Chorus vocals were approached in a very "Roy Thomas Baker" way. The Hi-string Guitar really pushes the Chorus along. Thanks to Paul for coming up with the rhythm for the Hi-string.

TOM: This song is real jawbreaker. To me it's the imaginary argument I have in my car when I remember every perfect word I would use to tell off someone. Fortunately, I was able to get that same amount of aggression out in the bass line. I actually had to start taking B Complex supplements to keep the actual energy level up for playing the part. One of our heaviest songs ever. Ray belts out his guts on this one.

The End is Beautiful

BRETT: Is It? We all figure that out when we’re in the middle of it:)

TOM: Chris has a way of making me play grooves in 7/8 time signatures. Sometimes, I wish I could fork up the cash to get him therapy. Regardless, the verse really has an ironic kind of optimism in juts......tu......pu.......zition to Ray' s story line. I think everyone has had that relationship that was pretty much doomed from the get go. Still, as bad as both parties want out, for some reason many of us create some pretty tight knots along the way.

BRETT: Stevie Wonder meets Gentle Giant. This song took a while to get right. It seemed too derivative at first. We actually recorded a different version of it before we locked on to this one. The Horns were always in the game plan for this one, which help focus the vibe.

The Arc of Descent

BRETT: Ray, Tom and I were sitting around one night when Chris and Paul couldn’t make it. It started out like something from Zeppelin III. Very unplugged. Ray originally was coming up with the melodies but was busy with one of the other songs so I worked on it. It was inspired from a beautiful story called "All That you Love Will Be Carried Away" by Stephen King. I loved getting inside the characters head. Some of us have been close to that edge, wondering what we will leave behind and take with us in the end.

TOM: This is probably my favorite song on the CD. Much like Lovesick, this one is very descriptive in the lyrical content. The song unapologetically takes the listener to the farthest depths of human despair. The outcome can be left up to the listener. Brett, kindly, let me throw in the isolated "Find me" vocal which could simply be construed as a fragment of the chorus or a plea from the character to "Stop me before I....." . I have yet to decide myself. I had a great time laying down the rhythm/psychedelic guitar in this one. I mainly strummed while Brett diddled around with his Line 6 echo pedal warping the signal into a trippy....kinda....bird sounding....It sounds really cool. The incidental sounds, I think, add a lot of intensity to an already unnerving bit of music.

BRETT: I don’t remember working on this song. When we recorded it, it felt like someone else’s. When we recorded much of "Mei" and a song from our second album called "Here I Am" there was a sense of not knowing how the out-come would be. I like this one because of that. There wasn’t enough time to over think things. It’s us reacting.

TOM: I almost think of this as Ray's message to his children about "A moment of pleasure, A lifetime of regret". MnM has a powerful up and urgent meter to it. I've always wanted to do a song where I get to pound out straight 16th notes like a good rock n roll bassist to give the listener a kind of "KUNK!!!!!". I tried my hand at a little "Tower of Power" type groove in (I guess it's) the pre-chorus section. The middle section vamp, to me, is one of those grooves designed to piss off anyone who tries to learn it, very reminiscent of the tricky groove in Zeppelin's The Crunge. 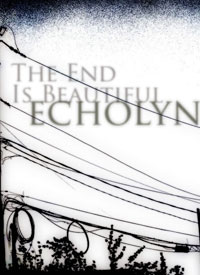